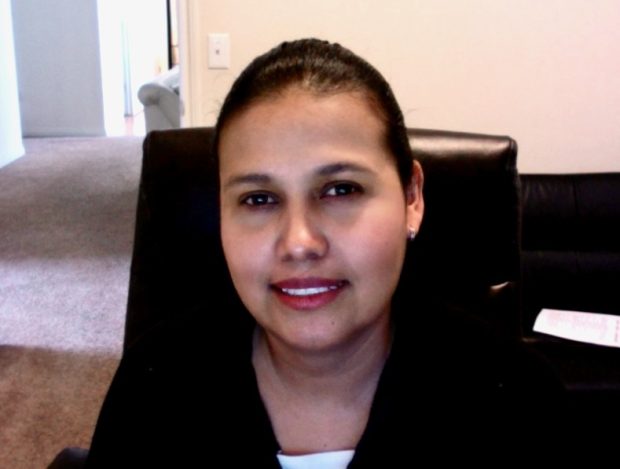 Oakland Literacy Council graduate Asuncion is grateful for “having a person who taught only me.”

Recent OLC graduate Asuncion was a process engineer in Mexico. Now she’s ready to resume her profession in the U.S.

Once Asuncion began meeting with a tutor, her reading skills grew quickly but she struggled with listening. In 2021, she even asked for a two-month break from tutoring when she became frustrated after a disappointing test result.

However, with the help of tutor Michele Dragisity, Asuncion persevered and she graduated in March! Asuncion currently works at Marshall’s retail store but is now taking steps to find a job as a production/manufacturing supervisor or process engineer.

OLC was the best school for me because from the beginning they gave me a tutor, it was wonderful for me, with the fact of having a person who taught me only me, this gave me the confidence and certainty that I could do it without fear of people make fun of me for making mistakes, That’s how they helped me learn not only English but also American culture and customs.

My goal is to develop myself in the work environment as an engineer, of course I have the knowledge, but I want to prove to myself that I can work as an engineer in a foreign country and with a different language.”

Asuncion has updated her resume and is beginning her job search. OLC has connected Asuncion with the Troy Michigan Works! office where she can get assistance connecting with employers. Congratulations, Asuncion and Michele!