Students who miss out on basic literacy as children often drop out of school as teenagers. Just ask Vida, who turned to Oakland Literacy Council as a retiree to get the education she never received as a sharecropper’s daughter in the Deep South in the early 1960s.

“At nine, I was in the cotton fields,” Vida recalls. “I was a water girl.” She carried a bucket of water and a dipper through rows of cotton so that her parents, older siblings, and other field hands could take a drink without leaving their work.

Although her family never went without food or clothing, Vida did go without an education. “Looking back, that was the worst for me,” Vida says now. She and her younger brother sometimes took turns sneaking away from the fields to attend the local school. After her family moved to a different plantation, she could attend school fairly regularly from the age of 10 to 12. However, when the family later moved to Indiana, Vida was placed in a grade in school based on her age, not her abilities. “I was lost,” she recalls, shaking her head. “I didn’t know what was going on. I was embarrassed.” Prejudiced peers at the mostly white school only made her more uncomfortable, she says. 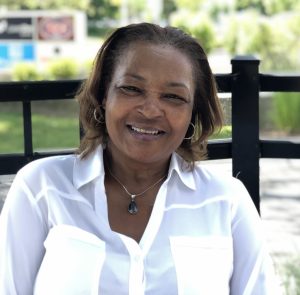 “With everything I have been taught, I can sit up straight,” Vida says.

“They kept pushing me through school,” Vida says, even though her difficulty reading made it all but impossible to grasp the lessons in the thick high-school textbooks. “I couldn’t do the work,” she says. At the age of fifteen, she gave up and left school altogether.

She began supporting herself as a babysitter for working couples. At the age of 18, she began styling hair after receiving training. She was self-employed for 30 years. “People didn’t know I wasn’t educated,” she says. “I worked all day, all night, to make ends meet. I’ve always been independent. That’s how our parents raised us.”

However, she had a hard time understanding texts that most adults take for granted. Items like utility bills, newspapers, instructions on household appliances, and nutrition labels confused her.

Moreover, Vida struggled to converse with educated adults, including those she met through her partner, a doctor. She felt she didn’t have the vocabulary or grammar to articulate her thoughts. She finally decided to get help. She discovered the Council’s tutoring program online.

She has been matched with tutor Marsha Owen for the last two years. Marsha began teaching Vida phonics so she could sound out words. Vida quickly realized she had never learned this foundational literacy skill. “I just wanted to hug Marsha and hold her and not let her go,” Vida says of Marsha.

“Marsha isn’t just a teacher to me; she’s a friend,” Vida adds. “I would have still been in a dark place in my life without Oakland Literacy Council.”

As a result of her hard work, Vida’s reading level has risen from third grade to advanced. She comprehends written instructions and apps on her phone. She feels at ease in social situations. “With everything I have been taught, I can sit up straight,” she says.