What do fine wine, scrumptious meals, and literacy have in common? A lot, it turns out.

The Motor City Wine and Food Festival began in 2012 as a way to offer metro Detroit residents one-of-a-kind entertainment while raising money for literacy programs in the tri-county area, including the Oakland Literacy Council. 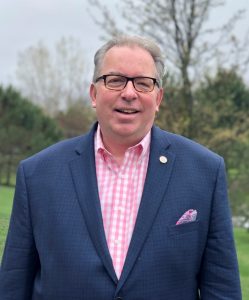 “Since becoming a part of the Oakland Literacy Council, I’ve seen the miracle of people coming to reading at an older age,” says Russell Moore, co-chair of the Motor City Wine and Food Festival.

“The concept is to have unique events in locations to which many people have not been drawn before,” explains Russell Moore, the festival’s co-chair.

The festival’s next event, scheduled for Sunday, May 19 at Valentine Distilling Company in Ferndale, will offer residents the flair of a British street fair, Moore said. In addition to cocktails created just for the event by the distillery, the “Lambeth Walk” event will feature a British menu, games, music, and a magician. The menu will reflect London’s cosmopolitan air, and the Ron English Quartet will perform jazz. One game will test participants’ knowledge of British-isms, while another will give them a chance to win an expensive bottle of wine. Ticket information can be found here. 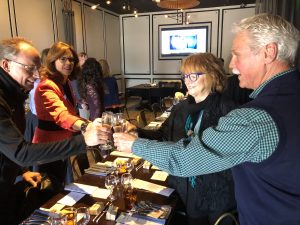 Venues for past events have included the Packard Proving Grounds, where guests dined amongst Lamborghinis, Ferraris, and Fiat cars, as well as the historic Garden Theater in Detroit and the historic dairy Van Hoosen Farm in Rochester.

The festival is an independent, nonprofit organization created in 2012. Bob Gaylor, the founder of Oakland Literacy Council, envisioned the festival as a fundraiser that would attract broad community support for programs to fight adult illiteracy throughout Wayne, Oakland, and Macomb counties.

The festival’s advisory board plans one to two events a year, Moore says. Several businesses are generous supporters, and all profits support literacy. Over the last six years, the festival has given away more than $55,000. Beneficiaries have included the Oakland Literacy Council, the Mercy Education Project, Sienna Literacy, and the former Macomb Literacy Council.

Moore became involved with the festival shortly after its launch, but he has been an advocate for literacy his entire adult life. “I was a child of parents who read,” he says. “I was surrounded by literacy.” He spent 35 years in education as an elementary school teacher and reading interventionist before retiring. He has shared his expertise with tutors for Oakland Literacy Council during past professional development seminars.

“As an elementary teacher, I saw young students blossoming into reading,” Moore says. “Since becoming a part of the Oakland Literacy Council, I’ve seen the miracle of people coming to reading at an older age. I see now that we have so many adults in need.”